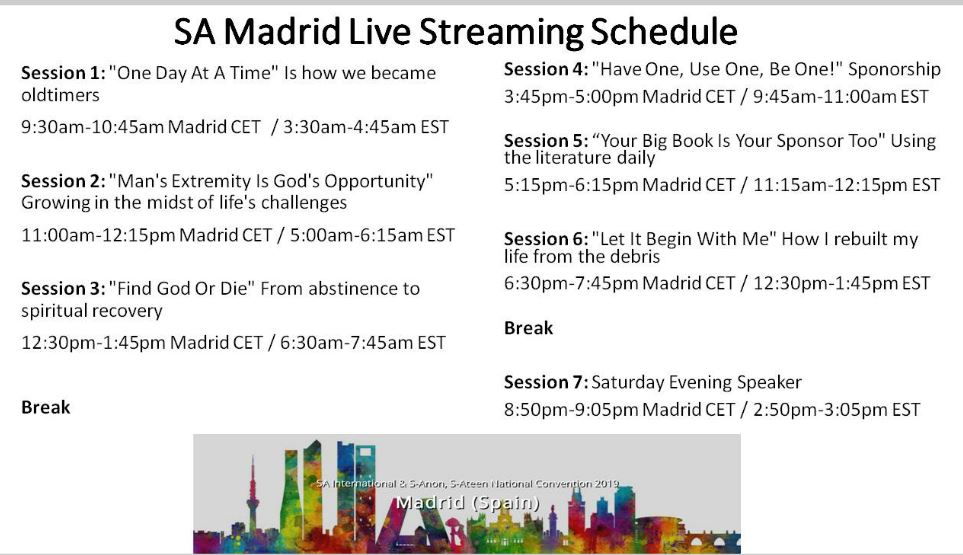 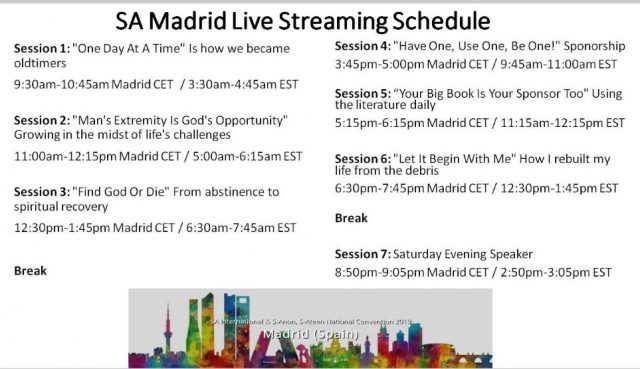 Around March, 2009 after attending several SA International Conventions, I decided to contribute to Sexaholics Anonymous on their Wikipedia page with some facts of my own experience and knowledge.  I began my journey in SA around 1995 after a couple years in AA.  Then in July, 2013 I helped with the registrations for a very successful International Convention in Maryland – “Change on the Chesapeake”.  About this time I had completed all the research necessary to accurately publish the history of conventions since inception in July, 1981.

All SA & S-Anon conventions from inception to 2016 have been held in the United States, except July 1992 and July 1997 which were both held in Canada. In 2017, the first SA International Convention was held outside North America in Israel, Middle East. In January 2019 we held our first International Convention in Madrid, Spain – “Living in the Slogans“.