I really feel like I’m going through a very difficult time in my life.  I’m 48 years old and there are so many things I HAVE NOT accomplished. 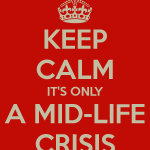 The good news, I FIRMLY believe, beyond a shadow of a doubt, God introduced my wife and I 24 years ago and we have remained somewhat “happily married” for the past 14 years.

More importantly, I have never had an Extramarital Affair and/or committed Adultery.

YET = Your Eligible Too

But I sure have come close!

Midlife crisis is a term first coined by Elliott Jaques referring to a critical phase in a person’s life during the forties to early sixties, based on periods of transition. The period is said to vary among individuals and between men and women. Despite popular perception of this phenomenon, empirical research has failed to show that the midlife crisis is a universal experience, or even a real condition at all.

According to psychologist and writer Oliver Robinson, a life crisis is defined as a period characterized by unstable mental and emotional health, altering the course of life of those affected by it, and affecting them for a year or longer. Life crises usually have similar characteristics for each age group. Those in the early midlife stage are more likely to experience the deaths of loved ones, while declines in physical strength and vitality and impending death or work stoppage are more likely to affect people in late midlife. Effects of crises vary from being beneficial to some and life altering in a negative way for others. About half the people studied found results of their crises to be positive. Read more

Remember the story about the “forbidden fruit” in the Bible? 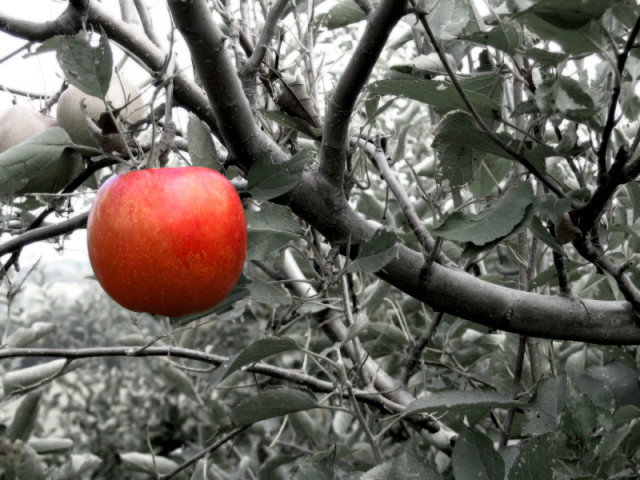 Cyberstalking is the use of the Internet or other electronic means to stalk or harass an individual, a group, or an organization. It may include false accusations, defamation, slander and libel. It may also include monitoring, identity theft, threats, vandalism, solicitation for sex, or gathering information that may be used to threaten or harass.

Cyberstalking is often accompanied by realtime or offline stalking. Both are criminal offenses. Both are motivated by a desire to control, intimidate or influence a victim. A stalker may be an online stranger or a person whom the target knows. He may be anonymous and solicit involvement of other people online who do not even know the target.

Cyberstalking is a criminal offense under various state anti-stalking, slander and harassment laws. A conviction can result in a restraining order, probation, or criminal penalties against the assailant, including jail.

Orgasm (from Greek ὀργασμός orgasmos “excitement, swelling”; also sexual climax) is the sudden discharge of accumulated sexual excitement during the sexual response cycle, resulting in rhythmic muscular contractions in the pelvic region characterized by sexual pleasure. Experienced by males and females, orgasms are controlled by the involuntary or autonomic nervous system. They are often associated with other involuntary actions, including muscular spasms in multiple areas of the body, a general euphoric sensation and, frequently, body movements and vocalizations. The period after orgasm (known as the refractory period) is often a relaxing experience, attributed to the release of the neurohormones oxytocin and prolactin as well as endorphins (or “endogenous morphine”).

The health effects surrounding the human orgasm are diverse. There are many physiological responses during sexual activity, including a relaxed state created by prolactin, as well as changes in the central nervous system such as a temporary decrease in the metabolic activity of large parts of the cerebral cortex while there is no change or increased metabolic activity in the limbic (i.e., “bordering”) areas of the brain. There is also a wide range of sexual dysfunctions, such as anorgasmia. These effects impact cultural views of orgasm, such as the beliefs that orgasm and the frequency/consistency of it are important or irrelevant for satisfaction in a sexual relationship, and theories about the biological and evolutionary functions of orgasm.

Ejaculation is the discharge of semen (usually containing sperm) from the male reproductory tract, normally accompanied by orgasm. It is usually the final stage and natural objective of male sexual stimulation, and an essential component of natural conception. In rare cases, ejaculation occurs because of prostatic disease. Ejaculation may also occur spontaneously during sleep (a nocturnal emission or “wet dream”). Anejaculation is the condition of being unable to ejaculate. Dysejaculation is ejaculation that is painful or uncomfortable.

Extramarital sex occurs when a married person engages in sexual activity with someone other than his or her spouse. From a different perspective, it also applies to a single person having sex with a married person. Engagement in extramarital sex has been associated with individuals who have a higher libido (sex drive) than their partner.

The Petraeus scandal is a series of events that garnered strong media attention when an extramarital affair between retired four-star general David Petraeus, then Director of the Central Intelligence Agency (CIA), and Paula Broadwell became public information. Petraeus had chosen Broadwell to be his official biographer. She co-authored All In: The Education of General David Petraeus, his biography, when Petraeus was the International Security Assistance Force commander. On November 9, 2012, she was reported to have been involved in the extramarital affair with Petraeus that triggered his resignation as Director of the Central Intelligence Agency when it was discovered by the FBI.

Sessions by the Sea

I would like to tell you a story about how I spent this past week. I met 3 different guys name Frank, another man name Steve and lastly an usual fella name George.

It reminds me of the movie, “The Jerk” describing what I need (Watch video).  It also reminds me of a joke I heard many years ago in Alcoholics Anonymous about how God grants miracles. A religious man is on top of a roof during a great flood. A man comes by in a boat and says “get in, get in!” The religious man replies, ” no I have faith in God, he will grant me a miracle.”

With the water at chin high, a helicopter throws down a ladder and they tell him to get in, mumbling with the water in his mouth, he again turns down the request for help for the faith of God. He arrives at the gates of heaven with broken faith and says to Peter, I thought God would grand me a miracle and I have been let down.” St. Peter chuckles and responds, “I don’t know what you’re complaining about, we sent you three boats and a helicopter.” (here is a similar story and another about when God sends helicopter).

Living ONE DAY AT A TIME; Enjoying one moment at a time; Accepting hardship as the Pathway to peace.  Taking, as He did, this Sinful world as it is, Not as I would have it. Trusting that He will make All things right if I Surrender to His Will;  That I may be reasonably happy In this life, and supremely Happy with Him forever in The next. Amen

“But I tell you that anyone who looks at a woman lustfully has already committed adultery with her in his heart.” (Matthew 5:27-28)

Jimmy Carter’s ‘Lust in the Heart’: Feeding Frenzy Carter admitted in an unsolicited comment to two Playboy freelance writers that he had “looked on a lot of women with lust” and had “committed adultery in my heart many times,” strange revelations all the more damaging because they appeared in a soft-porn magazine. (Playboy Interview – 1976)  Read more

“Then he asks me if I believe in a power greater than myself, whether I call that power God, Allah, Confucius, Prime Cause, Divine Mind, or any other name…I am on a train, headed for a city. I have left my wife at home, sick, and I have been unkind to her in leaving. I am very unhappy…A great fear seizes me…Things are not going so well at home. I am learning that I cannot have my own way as I used to. I blame my wife and children. Anger possesses me, anger such as I have never felt before.” (AA BB pg. 214-216)

Acknowledgements
Special thanks to the following people who are the real angels this past week: Ericka, Adrian, Bernie, Sheila and Stephen.

“We can do together what I cannot do alone.”