Sexaholics Anonymous is a fellowship of men and women who share their experience, strength, and hope with each other that they may solve their common problem and help others to recover. The only requirement for membership is a desire to stop lusting and become sexually sober. There are no dues or fees for SA membership; we are self-supporting through our own contributions. SA is not allied with any sect, denomination, politics, organization, or institution; does not wish to engage in any controversy; neither endorses nor opposes any causes. Our primary purpose is to stay sexually sober and help others to achieve sexual sobriety.

(WB pg. 4 and pg. 201 | Reprinted for adaptation with permission of the Alcoholics Anonymous Grapevine. Copyright The AA Grapevine, Inc.) 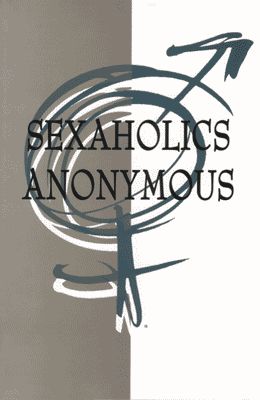 WHAT IS A SEXAHOLIC AND WHAT IS SEXUAL SOBRIETY?

We can only speak for ourselves. The specialized nature of Sexaholics Anonymous can best be understood in terms of what we call the sexaholic. The sexaholic has taken himself or herself out of the whole context of what is right or wrong. He or she has lost control, no longer has the power of choice, and is not free to stop. Lust has become an addiction. Our situation is like that of the alcoholic who can no longer tolerate alcohol and must stop drinking altogether but is hooked and cannot stop. So it is with the sexaholic, or sex drunk, who can no longer tolerate lust but cannot stop.

Thus, for the sexaholic, any form of sex with one’s self or with partners other than the spouse is progressively addictive and destructive. We also see that lust is the driving force behind our sexual acting out, and true sobriety includes progressive victory over lust. These conclusions were forced upon us in the crucible of our experiences and recovery; we have no other options. But we have found that acceptance of these facts is the key to a happy and joyous freedom we could otherwise never know.

This will and should discourage many inquirers who admit to sexual obsession or compulsion but who simply want to control and enjoy it, much as the alcoholic would like to control and enjoy drinking. Until we had been driven to the point of despair, until we really wanted to stop but could not, we did not give ourselves to this program of recovery. Sexaholics Anonymous is for those who know they have no other option but to stop, and their own enlightened self-interest must tell them this.

Many of us felt inadequate, unworthy, alone, and afraid. Our insides never matched what we saw on the outsides of others.

We became true addicts: sex with self, promiscuity, adultery, dependency relationships, and more fantasy. We got it through the eyes; we bought it, we sold it, we traded it, we gave it away. We were addicted to the intrigue, the tease, the forbidden. The only way we knew to be free of it was to do it. “Please connect with me and make me whole!” we cried with outstretched arms. Lusting after the Big Fix, we gave away our power to others.

This produced guilt, self-hatred, remorse, emptiness, and pain, and we were driven ever inward, away from reality, away from love, lost inside ourselves.

Our habit made true intimacy impossible. We could never know real union with another because we were addicted to the unreal. We went for the “chemistry,” the connection that had the magic, because it bypassed intimacy and true union. Fantasy corrupted the real; lust killed love.

First addicts, then love cripples, we took from others to fill up what was lacking in ourselves. Conning ourselves time and again that the next one would save us, we were really losing our lives.

We saw that our problem was threefold: physical, emotional, and spiritual. Healing had to come about in all three.

The crucial change in attitude began when we admitted we were powerless, that our habit had us whipped. We came to meetings and withdrew from our habit. For some, this meant no sex with themselves or others, including not getting into relationships. For others it also meant “drying out” and not having sex with the spouse for a time to recover from lust.

We discovered that we could stop, that not feeding the hunger didn’t kill us, that sex was indeed optional. There was hope for freedom, and we began to feel alive. Encouraged to continue, we turned more and more away from our isolating obsession with sex and self and turned to God and others.

All this was scary. We couldn’t see the path ahead, except that others had gone that way before. Each new step of surrender felt it would be off the edge into oblivion, but we took it. And instead of killing us, surrender was killing the obsession! We had stepped into the light, into a whole new way of life.

The fellowship gave us monitoring and support to keep us from being overwhelmed, a safe haven where we could finally face ourselves. Instead of covering our feelings with compulsive sex, we began exposing the roots of our spiritual emptiness and hunger. And the healing began.

As we faced our defects, we became willing to change; surrendering them broke the power they had over us. We began to be more comfortable with ourselves and others for the first time without our “drug.”

Forgiving all who had injured us, and without injuring others, we tried to right our own wrongs. At each amends more of the dreadful load of guilt dropped from our shoulders, until we could lift our heads, look the world in the eye, and stand free.

We began practicing a positive sobriety, taking the actions of love to improve our relations with others. We were learning how to give; and the measure we gave was the measure we got back. We were finding what none of the substitutes had ever supplied. We were making the real Connection. We were home.

A VISION FOR YOU

We realize we know only a little. God will constantly disclose more to you and to us. Ask Him in your morning meditation what you can do each day for the man who is still sick. The answers will come, if your own house is in order. But obviously you cannot transmit something you haven’t got. See to it that your relationship with Him is right, and great events will come to pass for you and countless others. This is the Great Fact for us.

Abandon yourself to God as you understand God. Admit your faults to Him and to your fellows. Clear away the wreckage of your past. Give freely of what you find and join us. We shall be with you in the Fellowship of the Spirit, and you will surely meet some of us as you trudge the Road of Happy Destiny.

May God bless you and keep you — until then.

If we are painstaking about this phase of our development, we will be amazed before we are half way through.

Are these extravagant promises? We think not. They are being fulfilled among us – sometimes quickly, sometimes slowly. They will always materialize if we work for them.

Our Father, who art in heaven, Hallowed be thy Name. Thy kingdom come. Thy will be done, On earth as it is in heaven. Give us this day our daily bread. And forgive us our trespasses, As we forgive those who trespass against us. And lead us not into temptation, But deliver us from evil. For thine is the kingdom, the power, and the glory, for ever and ever. Amen.

FROM CHAPTER FIVE OF ALCOHOLICS ANONYMOUS

Rarely have we seen a person fail who has thoroughly followed our path. Those who do not recover are people who cannot or will not completely give themselves to this simple program, usually men and women who are constitutionally incapable of being honest with themselves.

There are such unfortunates. They are not at fault; they seem to have been born that way. They are naturally incapable of grasping and developing a manner of living which demands rigorous honesty. Their chances are less than average. There are those, too, who suffer from grave emotional and mental disorders, but many of them do recover if they have the capacity to be honest.

Our stories disclose in a general way what we used to be like, what happened, and what we are like now. If you have decided you want what we have and are willing to go to any length to get it, then you are ready to take certain steps.

At some of these we balked. We thought we could find an easier, softer way. But we could not. With all the earnestness at our command, we beg of you to be fearless and thorough from the very start. Some of us have tried to hold on to our old ideas, and the result was nil until we let go absolutely.

Remember that we deal with lust-cunning, baffling, and powerful! Without help it is too much for us. But there is One who has all power-that one is God. May you find Him now.

Half measures availed us nothing. We stood at the turning point. We asked His protection and care with complete abandon. Here are the steps we took, which are suggested as a program of recovery:

Many of us exclaimed, “What an order! I can’t go through with it.” Do not be discouraged. No one among us has been able to maintain anything like perfect adherence to these principles. We are not saints. The point is, that we are willing to grow along spiritual lines. The principles we have set down are guides to progress. We claim spiritual progress rather than spiritual perfection. Our personal adventures before and after make clear three pertinent ideas:

(a) That we were sexaholics and could not manage our own lives.
(b) That probably no human power could have relieved our sexaholism.
(c) That God could and would if He were sought.

THE TWELVE STEPS OF SEXAHOLICS ANONYMOUS

THE TWELVE TRADITIONS OF SEXAHOLICS ANONYMOUS

The LORD is my shepherd, I shall not be in want. He makes me lie down in green pastures, he leads me beside quiet waters, he restores my soul. He guides me in paths of righteousness for his name’s sake.

Even though I walk through the valley of the shadow of death, I will fear no evil, for you are with me; your rod and your staff, they comfort me.

You prepare a table before me in the presence of my enemies. You anoint my head with oil; my cup overflows.

Surely goodness and love will follow me all the days of my life, and I will dwell in the house of the LORD forever.