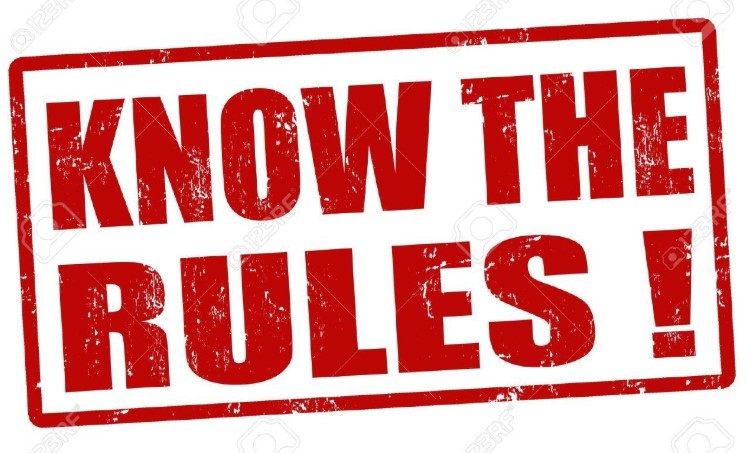 Around 1943 or 1944, the Central Office asked the groups to list
their membership rules and send them in. After they arrived we set
them all down. A littlereflection upon these many rules brought us to an astonishing conclusion.

If all of these edicts had been in force everywhere at once it would
have been practically impossible for any alcoholic to have ever
joined A.A. About nine-tenth of our oldest and best members could
never have got by!

At last experience taught us that to make away any alcoholic’s full
chance for sobriety in A.A. was sometimes to pronounce his death
sentence, and often to condemn him to endless misery. Who dared to be judge, jury, and executioner of his own sick brother?

P.S.  Definition of “edict” – a decree issued by a sovereign or other authority. Any authoritative proclamation or command. 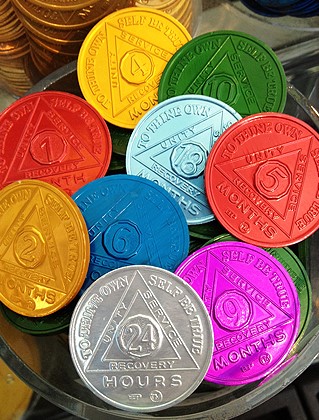 Tradition Three states that “The only requirement for membership is a desire to stop lusting and become sexually sober.” Given this requirement, one might think that sexual sobriety would be a relative matter that we define for ourselves. On the surface, this might appear to be an attractive and democratic idea. We think not.

How can we consider ourselves sober if we are still resorting to whatever or whomever we are using addictively? With most of us coming in, there was never any doubt what we had to stop doing. We knew. However, if we come into an SA group where we can define our own sobriety, watch those rationalizations come alive! And if we define our own level of sobriety, that’s all we’re likely to reach. 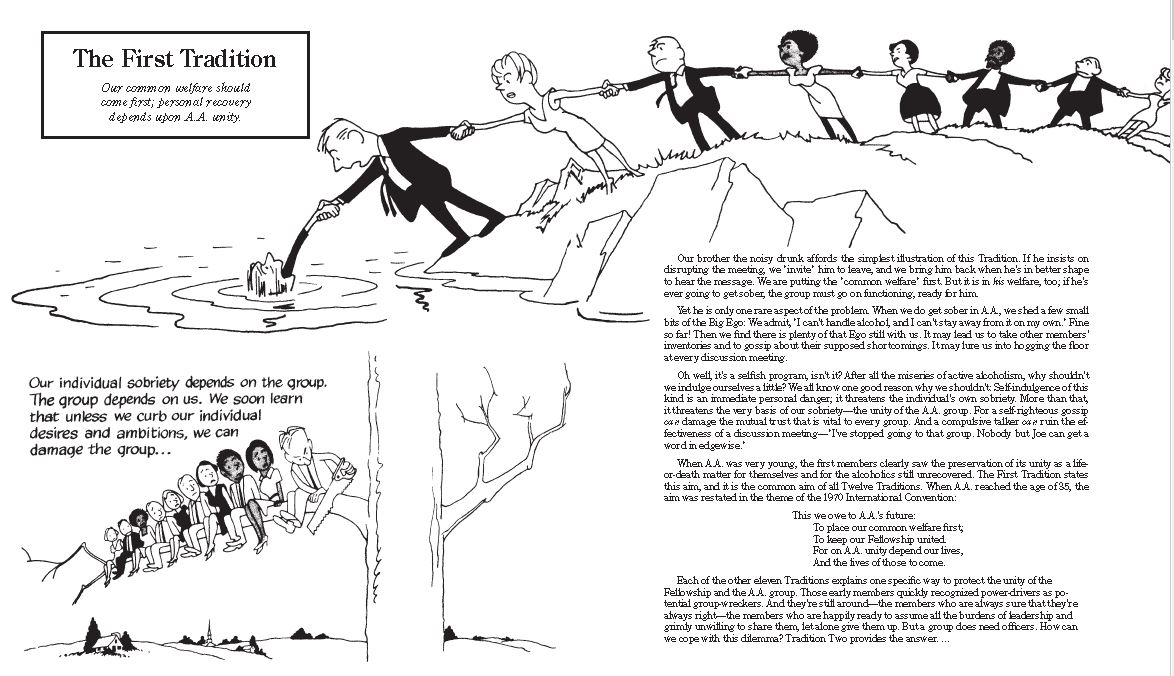 In defining sobriety, we do not speak for those outside Sexaholics Anonymous. We can only speak for ourselves. Thus, for the married sexaholic, sexual sobriety means having no form of sex with self or with persons other than the spouse.

*In SA’s sobriety definition, the term “spouse” refers to one’s partner in a marriage between a man and a woman.

Of course, we recognize that one can be sexually “dry” but not sober from lust or dependency. The “dry drunk” syndrome, discovered in AA, applies to us as well, single or married. But we try to avoid passing judgment on the quality of another’s inner sobriety. That must come from the individual. And if such persons keep coming back, the fact of whether or not they are living free from the power of sexual lust, fantasy, or dependency, not to mention switching addictions, usually becomes apparent. This aspect of recovery seems to be progressive. Thus, our SA expression: “True sobriety includes progressive victory over lust.” But progress we must or recovery eludes us! The real problem for all of us-single, married, man, woman, from whatever lifestyle-is one and the same: the spiritual misconnection.

We have found that more important than the mere length of our calendar sobriety is its quality and our own personal integrity. Physical sobriety is not an end in itself but a means toward an end-victory over the obsession and progress in recovery. We are often the only ones who know on the inside of our souls whether we are truly in sobriety and recovery. (It is also possible we can be fooling ourselves.) Better to acknowledge where we really are than hide behind the badge of our sobriety date, cheat ourselves, and threaten our union with one another.

The fact that marrieds can have sex with their spouse and call themselves “sober” is no advantage at all. It can even work against recovery. Some marrieds confess that even though they aren’t “acting out” any more, victory over lust still eludes them. As a matter of fact, it often seems harder for marrieds to get victory over lust and dependency unless they go through the experience of total sexual abstinence. And more often than we might suppose, marrieds can be heard complaining that singles have it easier! Let’s face it: sexaholics-recovering or not, single or married can expect to have problems with sex! Not to mention the host of other problems entailed in trying to live with and relate to others.

What we strive toward is not only the negative sobriety of not acting out our sexaholism, but progressive victory over the obsession in the looking and thinking. We also strive toward the positive sobriety of acting out true union of persons. The great blessing (or curse, as the case may be) of our condition is that unless and until we can give unconditionally and relate with others, the vacuum left inside us from withdrawal will never be filled. All along, we had thought we could make the Connection by taking; we see now that we get it by giving. Our whole concept of sex begins to change. Sex finds a simple and natural place it could never have before and becomes merely one of the things that flows from true union in committed marriage. And even here, we’ve discovered that sex is optional.

Unity in fellowship and good spiritual quality in meetings are supported by this definition. Without defining sexual sobriety, we would make it possible for those who are still practicing lust in some fashion to lead meetings and hold policy-making positions affecting not only the group but SA as a whole. This could also compromise the spiritual atmosphere so that the power of God’s presence would not be active in the meetings and fellowship. While groups may stay together without a commitment to sobriety-just as individuals may temporarily feel better without it-we have found that there is no true spiritual unity in groups without a shared commitment to sobriety and progress in recovery. “Personal recovery depends on SA unity” (Tradition One). Sobriety and victory over lust are the bases for our unity and common welfare, which must come first. Our sobriety is the sine qua non, the necessary basis of our recovery and fellowship. Without experiencing it, we have nothing.

For us, sobriety works.

We “Live and Let Live,” but we do not call one another sober unless we are practicing sobriety.

(The General Service Office has made this optional statement available as an A.A. service piece for those groups who wish to use it.)

Suggested Statement on Safety
Our group endeavors to provide a safe meeting place for all attendees and encourages each person here to contribute to fostering a secure and welcoming environment in which our meetings can take place. As our Traditions remind us, the formation and operation of an A.A. group resides with the group conscience. Therefore, we ask that group members and others refrain from any behavior which might compromise another person’s safety.
Also, please take the precautions you feel are necessary to ensure your own personal safety, for example, walking to your car in a group after a meeting. If a situation should arise where someone feels their safety is in jeopardy, or the situation breaches the law, the individuals involved should take appropriate action. Calling the proper authorities does not go against any A.A. Traditions and is recommended when someone may have broken the law or endangered the safety of another person.

Our Common Welfare
Each member of Alcoholics Anonymous is but a small part of a great whole. A.A. must continue to live or most of us will surely die. Hence our common welfare comes first. But individual welfare follows close afterward. —Tradition One (Long Form)
It is hoped that our common suffering as alcoholics and our common solution in A.A. will transcend most issues and curtail negative behaviors that could jeopardize the safety of anyone attending an A.A. meeting. Nevertheless, Alcoholics Anonymous is a microcosm of the larger society we exist in. As such, problems found in the outside world can also make their way into the rooms of A.A. For this reason, groups and members discuss the topic of safety — to raise awareness in the Fellowship and to seek through sponsorship, workshops and meetings, to create as safe an environment as possible to carry A.A.’s message of hope and recovery to the still-suffering alcoholic.