Have you ever felt like you were under a spell when looking at a woman (or man, for that matter)?

This came up in our SA face-to-face meeting this past week.  The person shared how he was “spellbound” at times staring at women, or even worse talking to a very attractive female.  Definition—having ​your ​attention ​completely ​held by something, so that you cannot ​think about anything ​else.

Being in a trance—a half-conscious state characterized by an absence of response to external stimuli, typically as induced by hypnosis.  The other day, I found myself completely aroused by another woman and notice I started flirting more and more to the point of orgasm while I was talking to her. 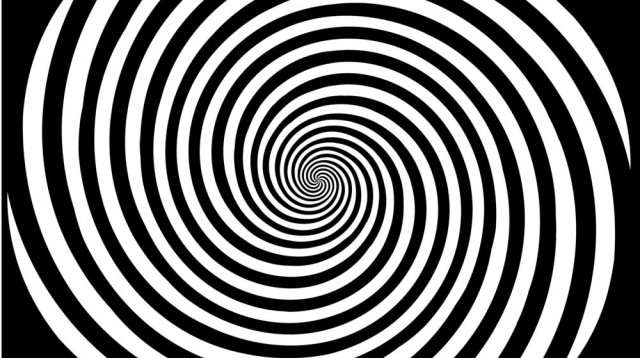 During hypnosis, a person is said to have heightened focus and concentration. The person can concentrate intensely on a specific thought or memory, while blocking out sources of distraction. Hypnotized subjects are said to show an increased response to suggestions.  Hypnosis is usually induced by a procedure known as a hypnotic induction involving a series of preliminary instructions and suggestion. The use of hypnotism for therapeutic purposes is referred to as “hypnotherapy”, while its use as a form of entertainment for an audience is known as “stage hypnosis”. Stage hypnosis is often performed by Mentalists practicing the art form of Mentalism. Read more

Next time you find yourself in that TRANCE, think about a Spelling Bee or the Alfred Hitchcock movie. Read more

The term “mysticism” has Ancient Greek origins with various historically determined meanings. Derived from the Greek word μυω, meaning “to conceal”,[web 1] mysticism referred to the biblical liturgical, spiritual, and contemplative dimensions of early and medieval Christianity. During the early modern period, the definition of mysticism grew to include a broad range of beliefs and ideologies related to “extraordinary experiences and states of mind”.

In modern times, “mysticism” has acquired a limited definition, with broad applications, as meaning the aim at the “union with the Absolute, the Infinite, or God”. This limited definition has been applied to a wide range of religious traditions and practices, valuing “mystical experience” as a key element of mysticism.

Since the 1960s scholars have debated the merits of perennial and constructionist approaches in the scientific research of “mystical experiences”; the perennial position is now “largely dismissed by scholars”. Read more https://en.wikipedia.org/wiki/Mysticism

Lastly, when I was 22, I traveled to the United Kingdom and happen to see Michael Hutchence perform live in concert at Wembley stadium.  One of his famous songs was Mystify.